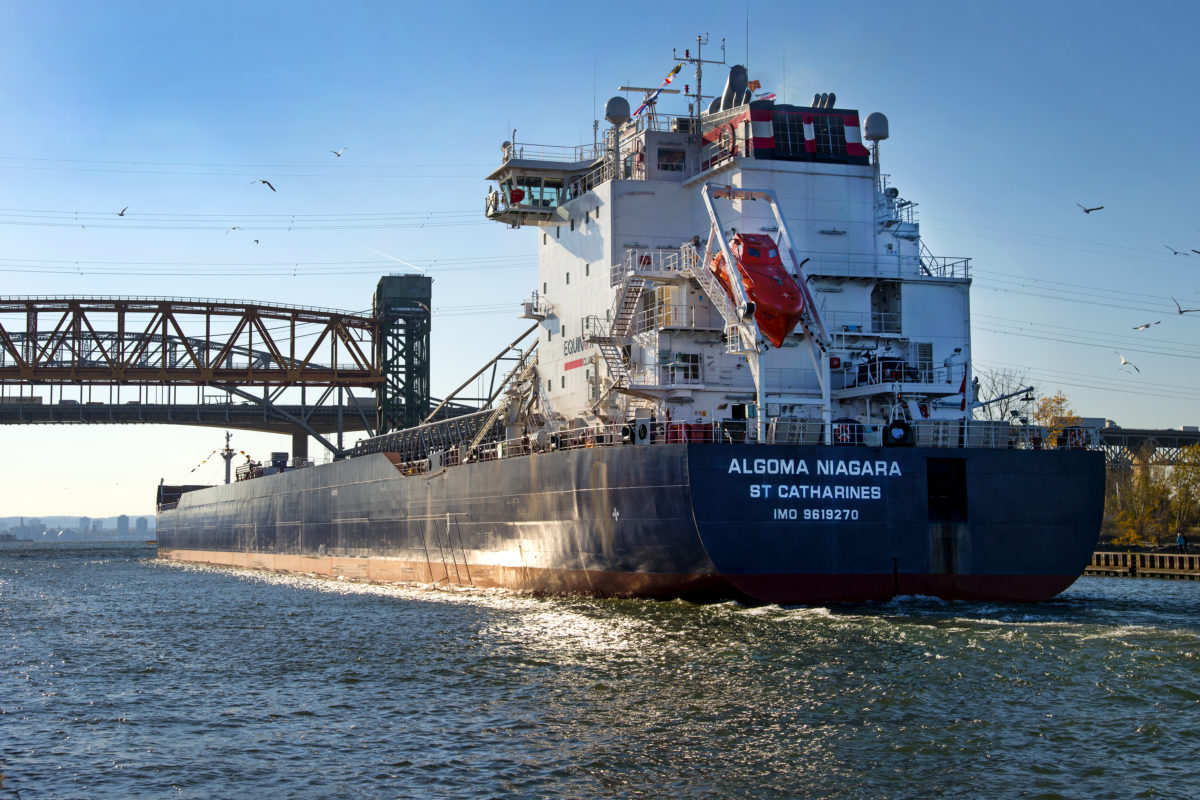 The maritime industry is currently experiencing increased operational and regulatory requirements reinforced by consumer-led demand for environmentally responsible marine transport. However, given financial and social constraints resulting from the ongoing pandemic, most shipowners and operators need cost effective solutions for fuel and emissions targets while simultaneously futureproofing their fleets against further upgrades and expenses in the near future.

Many operators are keen to retrofit their existing vessels with clean technologies, supporting this change through matching adjustments in operational procedures to employ the full effect of these systems without compromising overall operations. This was the case for Algoma Central Corporation, the owner and operator of the largest fleet of self-unloading and gearless dry-bulk carriers and product tanker vessels operating in the Great Lakes – St. Lawrence Seaway, who found that the FuelOpt™ propulsion automation system provided them with the perfect solution for their needs.

“At Algoma, we were looking for a solution to improve overall operational efficiency,” said David Belisle, the Vessel Performance Manager at Algoma Central Corporation. “We wanted propulsion optimization technology that maximizes benefits gained from pitch/ RPM adaption for our vessels with controllable pitch propellers. FuelOpt™ also allowed us to have precise speed and consumption control available onboard, which can be used for both lakes and river and canal operations.”

Algoma Conveyor is not the only vessel to benefit from FuelOpt™’s user-centered technology. Since commercialization in 2013, the FuelOpt™ propulsion automation system has gained a wide-ranging reputation from crews and onshore personnel for real-time fuel savings, optimized control of speed and consumption, and emission reductions.

With a diverse base of ships that include both newbuilds and retrofitted tankers, ro-ros and ro-paxes, bulkers, car carriers, container vessels, cruise ships and more, FuelOpt™ works regardless of the type of fuel or multiple fuel sources used by a ship. This ensures that it is compatible with any vessel’s upgrades. Moreover, the technology is versatile and not restricted to deep-sea operations, as shown by its use onboard Algoma’s bulk carrier.

As of July 2021, Yara Marine Technologies offers FuelOpt™ as part of its portfolio of green technologies for the maritime industry. These offerings are backed by Yara Marine’s global service and support infrastructure.

Ship operation in inland waterways, such as those in the Great Lakes – St. Lawrence Seaway, has distinct requirements from deep-sea operations. While transiting through lakes, operations are similar to those in the deep sea; however, the river and canal passages that connect the lakes to the Atlantic Ocean are relatively unique.

This is due to the fact that while transiting a river or canal passage, a vessel is required to sail at a low and near constant speed indicated for that specific region, which is usually between 8 and 10 knots. In contrast, lake or deep-sea operations need the possibility of applying consumption or power commands to have full control over fuel consumption and emissions. FuelOpt™ addresses these issues by allowing users to switch between different operational modes.

Overseeing Algoma’s commissioning of FuelOpt™ on board in early April, Martin Schulz, Application Manager at Yara Marine noted: “FuelOpt™ continuously optimizes propulsion based on the speed command set. In this way the crew can keep the vessel’s speed at required levels, removing the need for constant monitoring and adjustment on their part.”

“The FuelOpt™ system is trouble free,” says Danny Dempsey, Engineering Superintendent at Algoma. The technology ensures that the crew has full control of speed, fuel consumption, engine power or a combination thereof via an intuitive panel on the bridge.

Additionally, Algoma’s bulk carrier is a vessel equipped with controllable pitch propellers which allows for additional optimization of the propulsion system. Here FuelOpt™ acts as a dynamic tuning system by regulating the propeller’s pitch and RPM separately to operate the engine and propeller at optimal conditions. This achieves the maximum amount of propeller thrust with a minimum amount of power spent, optimizing energy use.

The process has been a success on both sides. “No stone was left unturned during the planning phase. Subsequently the entire project from start to finish went according to plan. Martin Schulz was very good to work with during commissioning – he provided relevant updates on-the-fly and worked as a team together with third party contractors. All objectives of the project were met or exceeded on time and under budget,” said Dave Belisle and adds:

“Since April 2021, one of our bulk carriers is operating with FuelOpt™. We are very happy with the result we achieved in such a short time and have decided to carry our collaboration forward by equipping the rest of our Equinox class bulk carriers with FuelOpt™.”